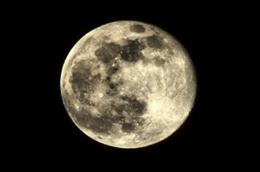 Have you ever looked at video on a (non-ToteVision) TV or monitor and noticed the white areas were not very white, or maybe the black areas looked gray? What you were seeing is the contrast of the monitor, and while it could be adjusted through changing the settings, there is a specific contrast ratio that was created when the LCD panel was made; it is a limitation of the panel.

Contrast ratio is an essential specification that indicates the difference between the lightest (white) area of an image on the monitor/TV screen and the darkest (black) area. It is depicted as a larger number compared to the number ‘one’ (ie. 1,000:1 which we refer to as “one thousand to one contrast”). We consider ‘one’ as the baseline and the other number as the range of contrast; the larger the number, the greater the contrast.

There are two types of contrast numbers and the variance between them is typically huge and getting bigger all the time. The first type is called Static Contrast, or what is also called ‘native’ contrast because it is the tested results from when the panel was made. In the panel specs, there is a minimum to maximum contrast range, and a typical contrast which we manufacturers refer to as the Static Contrast. This contrast level is an accurate expectation of the panel’s contrast performance.

The second type is called Dynamic Contrast, which is theoretically attainable but the contrast range is uncertain since there isn’t a basis for testing. When dynamic contrast was first used as a specification, it was the contrast range between the lightest areas of a video scene that is all white and light compared to another video scene that displayed the darkest areas of a black and dark scene. It was a bit of marketing hype as a viewer was not able to actually experience this dynamic contrast range all in one scene, and there was the physical limitation of the screen panel specification that already specified the native contrast for the panel. Over time, there were TV manufacturers that attempted to justify their dynamic contrast range claim by having their engineers create firmware that was capable of increasing the contrast within a specific scene, so if a video scene was dark, then the viewer may see more shades of dark.

The bottom line is to not take the Dynamic Contrast spec seriously as it isn’t testable and possibly isn’t attainable. Static Contrast is more accurate and, while you may not be able to distinguish the difference between 600:1 and 1,000:1, if you have a critical eye, you will be able to see the difference between a monitor with a higher contrast range and a monitor with a limited contrast range. At the end of evaluating monitors, you’ll know which one meets your needs.