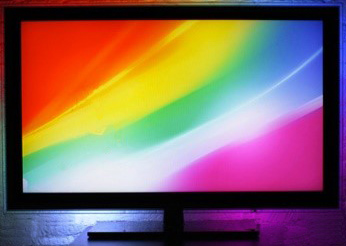 Wait, before we tell you what a CCFL or LED backlight is, you may want to know what exactly is a backlight, or for that matter, what is an LCD?

Liquid Crystal Display which is an electronically visual way to display an image using light modulating properties of liquid crystals (LC’s). Basically, there is a thin panel filled with LCs that display a video or still picture (graphic) image electronically. As cool as this sounds, the LCs do not emit light directly (they don’t have a natural light source) so you can’t really see what the LCs are showing very well. To create an LCD panel, a backlight is added to provide a light source for the LCs, and it is this illumination that ‘adds’ light to the LCD to produce a visual image. The backlight illumination can come from behind the LCs, which is called Direct lighting or from the side which is called Edge lighting. Direct lit illumination provides more brightness but it increases the depth of the TV/monitor and it is more expensive. Edge lit backlighting is effective at lighting the LCs at a lower cost, and takes less depth so the LCD monitor looks more sleek.

What’s In The Future?

Since LCD-type technology for monitors and TVs appears to be never-ending like it is for all technology, you may have started noticing more options in the market for (AM)OLED and QLED (Quantum dot) monitors. We will cover this new technology in another post.